In this subproject, the focus is on the reconstruction of specific habitus dispositions that people have acquired through their socialization during and after the phase of socialism in the GDR / East Germany and Poland. We are particularly interested in those features, which favour or limit entrepreneurial behaviour as well as their possible changes regarding the conditions of rapid societal and economic transformation after the opening of the German border in late 1989. Following an open-ended, qualitative and multi-comparative research design, we are investigating within our sub-project, which relatively stable, "primary" socialist habitus imprints we find in entrepreneurs of an older generation of comparison, and to what extent on the other hand, change processes in some more changeable aspects of a "secondary" habitus in the younger generation of transition (born between 1970 and 1985 born). An analogous cohort comparison is also carried out in the German-Polish context.

Another comparative perspective allows the research of entrepreneurial personalities of the transitional generation, who have experienced both the GDR / East Germany and the old federal states. For this purpose, people are to be investigated who were socialized in the GDR, but then acted entrepreneurially by leading a company or creating a start-up in the old federal states after the reunification of Germany - or vice versa, company founders or leaders who are from the old federal states and then moved to the new states from 1990. The focus is on the subjectively experienced motivations, the advantages and disadvantages of the other region as well as the effects and experiencing of this decision as a process until today.

The change of the system and order from state socialism to the framework of a market economy and pluralistic democracy that has happened in the GDR is analyzed here in relation to the associated overcoming of limitations of individual action orientations, but at the same time to new, limiting factors for endogenous business start-ups in East Germany after 1990.

The research group „European Challenges: Technologischer Wandel und Re-Arrangements von Migration und Arbeit“ is involved in the acquisition of this third-party funded project, which is funded by the Viadrina Center B/ORDERS IN MOTION with seed money. 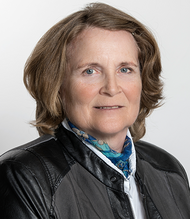