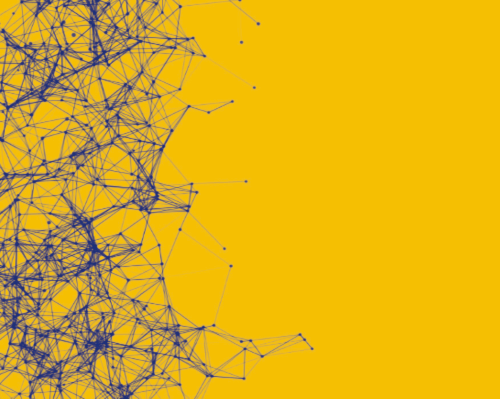 Borders aim to establish or maintain orders, be they specified in law, handed down through history, or expressed through symbols. Orders, in turn, cannot exist in the absence of border demarcations, whether in the form of lines on a map or as patterns for differentiation in people’s minds. The understanding that borders and orders must always be conceived of in dynamic interrelationships guides the work of the Viadrina Center B/ORDERS IN MOTION. As a key research institution of the European University Viadrina in Frankfurt (Oder), the Center initiates and bundles analyses concerning these interrelationships in the social, cultural, economic, and legal sciences.

We see borders as laboratories in which societal developments are concentrated. By focusing our research on borders, societal dynamics can be observed, analyzed, and anticipated especially well. At the same time, we assume that besides nation-state orders and their borders, transnational and non-state configurations of borders and orders are relevant as well. For this reason, we investigate the diverse practices of marking, transgressing, dissolving, and re-establishing borders and the stabilization or transformation of political-legal, social, cultural, and economic orders which that entails.

We are convinced that this is a highly relevant topic for society: in our globalized world, seemingly contradictory processes of drawing and transcending borders, creating and dissolving orders take place simultaneously. Whereas calls are becoming ever louder for nation-state orders and their borders to limit people’s mobility, these nation-state borders are less significant for flows of goods and capital, technologies and knowledge. However, migrants can invoke a human rights order in order to claim their rights within a nation-state. This makes clear that we find ourselves in various orders that overlap, but that can also conflict with each other. Therefore, the question arises when and under which conditions the borders of these orders become important, how they transform themselves, and under which conditions conflicts around borders and orders arise. On which orders are borders based, and to what extent do borders create new orders? What is the effect on orders when borders are set into motion, and what features of borders change when orders are transformed?

We researchers at the Viadrina Center B/ORDERS IN MOTION consider borders to be institutionalized forms of creating difference which structure our social world and our orientation in time and space in a fundamental way, thus achieving important accomplishments in creating order. We consider order to be a system which structures our actions and has normative validity, and which is based on drawing borders. Orders and borders are therefore inseparably intertwined – the term B/ORDERS, which we coined, encapsulates this notion. By no means do we consider borders and orders to be natural and given, but rather the result of social practice and the production of meaning, which is constantly becoming, in transformation, IN MOTION. Our multidimensional approach is oriented toward capturing configurations of borders and orders in their dynamics.

By not limiting our work to examining nation-state borders and orders, but also including social, cultural, legal, economic, and knowledge-based B/ORDERS, we expand on approaches from classical Border Studies. This also enables us to avoid methodological nationalism and to do justice to the complexity of phenomena of borders and orders which become significant on the basis of global configurations of technology, knowledge, policies, and economic systems.

The interdisciplinary nature of the research conducted at the Center is particularly significant for accessing the development of patterns of borders and orders in innovative ways – including in methodological and theoretical terms – and for appropriately grasping the complex relationship of borders and orders.

The research conducted at the Viadrina Center B/ORDERS IN MOTION links up with the founding mission of the European University Viadrina in Frankfurt (Oder) and develops it further in thematic, methodological, and institutional respects. It simultaneously transfers it into current and future contexts of knowledge and society. Located in the midst of a European metropolitan region and on national borders, the European University represents, so to speak, how the simultaneity of an overlap of center and periphery, of nation-statehood and transnationality, of drawing and dissolving borders are translated into an institutional form. The research priority „B/ORDERS IN MOTION”, which is indicated on the map of institutional research priorities at universities in Germany issued by the German Rectors’ Conference, is one of the key leitmotifs for further enhancing the European University Viadrina.