Timm Beichelt holds the chair of European Studies at European University Viadrina in Frankfurt/Oder. He focuses on the hybridity of regimes in Central and Eastern Europe and has been teaching and researching on the EU with regard to the EU’s deficits in terms of democracy and policy accomplishments. He studied at Heidelberg and Paris. His PhD (Heidelberg University) dealt with democratic consolidation in post-socialist Europe.

Claudia Weber holds the chair of Contemporary European History at European University Viadrina. Her research interests include the history of violence in Eastern and Southeastern Europe, the social history of the Cold War, and the memorial culture and nationalism in the Balkans. After obtaining her doctorate on the topic of culture of remembrance in Bulgaria, she has taught in Leipzig and Basel, and worked as senior researcher at the Hamburg Institute for Social Research.

Clara Frysztacka is a lecturer and research associate at European University Viadrina in Frankfurt/Oder. Within the research project, she focuses in particular on the history of European ideas and Europeanization´s processes in Southern and Eastern European peripheries. She studied history in Milan and Berlin. In her PhD, she worked on the construction of historical time in modernity taking the example of partioned Poland at the end of the 19th century.

Susann Worschech is a lecturer and research associate at European University Viadrina. Within the research group, she mainly covers the topics civil society and social movements, protests and revolutions, social mechanisms of politics and political sociology of Central and Eastern Europe. Based on her proficiency in different methodological approaches, she substantially contributes to the debates on methods and innovative empirical designs. She graduated from the Humboldt University of Berlin with a diploma in Social Sciences. Her doctorate at European University Viadrina focused on external democracy promotion and networks of civil society in Ukraine.

Former Members of the Team 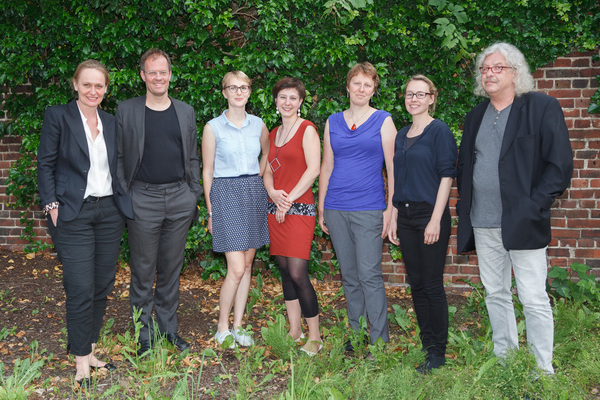