Research Group "Detection and Surveillance of Spatial and Spatiotemporal Clusters"

Figure: Animation of spatial structural ruptures. The stochastic process evolves from a center in all directions (two dimensions) and has an autoregressive dependence structure. At distance d = 15, a change occurs in the expected value of the process. The expected value decreases from 0 to -3.

The project aims to extend the current mathematical and statistical research on spatial clusters, or also known as spatial structural breaks (for spatially independent processes, e.g., Kulldorf, Nagarwall (1995), Amin, Hendryx, Shull, Bohnert (2014); for spatially dependent processes, e.g., Otto, Schmid (2016), Garthoff, Otto (2016)), by the temporal surveillance of spatial clusters. In particular, the focus is on non-linear spatial models. In contrast to linear spatial autoregressive processes, a non-linear spatial ARCH process has the important property that there are no spatial clusters in the mean, but only in the variance characterizing the spread/dispersion of the observations. The dispersion is a measure to quantify, in which distance from a central location/value the observations can be expected. Hence, the spatial cluster does not show exceedingly high or low values (as in the example of the population density), but an exceedingly large or small variance of the process (the observations are more or less spread).

We approach these research questions from a fundamental and theoretical viewpoint. Due to the generality of our approach, there are widespread fields of empirical research where our theoretical framework can be applied. In particular, fields from social and cultural science as well as economics, engineering, and biometrics and medicine are covered. Moreover, there are several connections between our project and various empirical applications in the "border studies".

In addition to the introduction of spatial ARCH process, the focus is on the temporal surveillance of the above mentioned spatial structural breaks (spatial clusters) in our project. The spatial cluster is defined by only two parameters, namely, the center of origin s0 and the distance δ from the center. For the surveillance of bordered regions, both parameters s0 and δ have to be monitored over the time horizon.

If either the center of the bordered region (cluster), the distance from the center, or both parameters change over time, this structural break should be detected as soon as possible using techniques of statistical process control. The separate monitoring of the two parameters is a special case of the general problem, which can be derived in a straightforward manner. If a change in the 'center' (but not the 'distance') is flagged by the procedure, one may directly conclude the location of the bordered area has changed. For instance, the bordered area could have moved northwards. On the contrary, if there occurs a change only in the 'distance' from the center (but not the 'center'), the size of the bordered region had been either increased or decreased. The size increases if the parameter δt is larger than δ and vice versa. In this case, the location of the bordered region keeps the same. 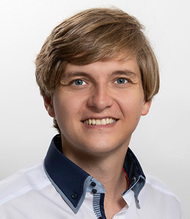