Processes of economic globalisation and Europeanisation affect labour markets. Work is increasingly taking place in an international competition of working conditions and labour costs, which has serious social consequences. These are mainly due to the social disparities (especially wage cost differences) between the countries of production in the South and the countries of origin of the transnational corporations, but now also between the core countries of the EU and its newer accession countries as well as some Mediterranean countries.

Transnationalisation processes of work take two forms: firstly, work is coordinated in transnational value chains (for example in subsidiaries or through institutionalized supply relationships). On the other hand, there is a shift in the labour force, as workers migrate mostly from east to west and from the south to the north.

In different disciplines and with different epistemic interests, questions are posed about medium-term stable, new regulatory modes of employment, their actors, dynamics, negotiation arenas and societal consequences. The Seed Money Project offers the opportunity to combine different research focuses at Viadrina on questions of the future of work in globalisation to form a nationally visible cluster "Interdisciplinary Labour Research".

Globalisation processes of work raise considerable and new regulatory and enforcement problems, which can only be adequately investigated from an interdisciplinary perspective. Both the integration of labour in countries of the Global South into transnational value chains as well as cross-border labour migration are phenomena of globalisation which, due to the social disparities between the North and the South as well as the West and the East, create vulnerabilities that affect human and labour rights and raise regulatory problems.

The question of appropriate regulatory instruments of transnational work can be tackled from two perspectives: a) From the point of view of concrete practices of legal mobilisation, the exercise and invocation of rights. b) From the point of view of human rights standards. This applies to both parts: a human rights perspective on transnational work opens up new and productive views on regulation. 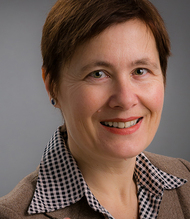