Ruptures in Memoryscapes: Holocaust and Romani Genocide in Southeast Europe

“Who remembers, when, where and how?” the historian Jay Winter asks.

Moreover, who does one remember and why?

Our project revolves around the post-war South European countries of Croatia and Serbia where remembrance of the Holocaust has taken aporetic courses within the self-defined nationalities. It picks up the ongoing events related to the war of the 1990s and the present-day where the Serbia-Croatia struggle erupts into new forms of Holocaust-remembrance. At the same time, in both countries, the members of the military movements who collaborated with the Axis powers are being recognised and celebrated as national heroes causing Yugoslavia to become an anti-legacy. Attempts at enquiring who the actual victims and perpetrators were and still are result in simplified narratives of assigning victimhood to the self and guilt to the Other. This remembrance, therefore, becomes a playground for political negotiations within the binary model of victims and perpetrators.

This third-party funded project was successfully acquired within the framework of the Seed Money funding of the research group „Border & Boundary Studies" at the Viadrina Center B/ORDERS IN MOTION. 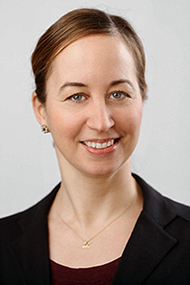