We understand ‘anti-gender’ politics to be multiple and manifesting differently in diverse national contexts across Southern, Eastern, and Western Europe. They are present across the political spectrum of centrist, left– and right–wing orientations, spanning from illiberal and authoritarian regimes to those considered liberal and democratic. Inspired by intersectional perspectives, we understand ‘anti-gender’ politics to be multifaceted as they limit gendered freedoms, challenge trans* inclusion, question multiculturalism and gender and sexual equality. While they undermine critical studies of race and academic freedoms, ‘anti-gender’ politics result in dangerous consequences for freedoms of speech and press, reproductive justice, sexual and gender diversity, and self-determination.

Crucial to our project is to learn about the feminist and queer practices of resistance against ‘anti-gender’ politics, how they function and are theorised in autonomous, grassroots collectives and organisations in our 8 country cases: Ireland, Spain, Belarus, France, Switzerland, Poland, Germany, Greece, and in one transnational case of people living in exile due to ‘anti-gender’ politics.

We will collaborate with 40 queer feminist groups to engage in mutual learning and support in creating grounded knowledges that amplify marginalised voices.

Report in the Viadrina Logbook on the start of the project (only in German): PDF Download 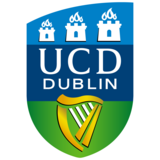