History on the Margins: Representations of the Transatlantic Slave Trade and Slavery in Germanlanguage Schoolbooks

The Transatlantic Slave Trade has had significant repercussions, not only for the people deported and put to work in the Americas, but also for those in the other regions involved. Profound economic and cultural effects are still tangible today in Africa, Europe and the Americas. The significance of these processes has been recognized by UNESCO, among others, with the International Decade for People of African Descent (2015-2024). Questions have already been raised about how the history of this trade and its legacy is taught in schools, but discussions have tended to take place in respective national settings rather than to reflect a shared history. Our intention is to bring together various perspectives on the slave trade and on slavery. Africans, Europeans and Americans were involved with and/or affected by the trade and by slavery. How are they depicted, and what does that mean for teaching practice and textbook production? What historical myths or stereotypes arise from or are perpetuated by schoolbooks and other media? How have representations changed over recent decades in different countries, in response to new results from historical research? What aspects of this history are included and excluded? What have been the roles played by scholars, by activists, or by teacher educators and those committed to the publication of new resources, in print and/or online?

The focus on educational media in Germany, Austria and Switzerland allows to consider how the economies of these seemingly peripheral regions were also intertwined with Atlantic world of the 15th–19th centuries. To date, the flows of capital and commodities between industrious provinces like Silesia, Bohemia or Westphalia and banking cities like Augsburg or Frankfurt on the one hand and slaving ports and plantations on the other have been hardly detected from the western European and Atlantic perspectives. Scholars and the wider public in Central Europe have, at the same time, marginalized slave trade and slavery as something alien, and pushed it to distant shores. Another dividing line dates back to the Cold War. Even if historians in Eastern Germany, Poland or Czechoslovakia did investigate such connections, much or their work was ignored on the western side of the Iron Curtain. The case study on textbooks from post-war Eastern and Western Germany will be particularly suitable to identify whether the Cold War divide had also affected this important educational instrument.

The comparative approach will transcend the borderlines separating national narratives, and the boundaries between different (and sometimes opposed) ideological and scholarly positions (BORDERS). It will thus scrutinize and challenge established orders of knowledge (ORDERS).

The project will specifically examine how the various national debates (including in former slave-trading nations like Britain, the Netherlands or France) might benefit from each other and thereby provide a stimulus in working towards a shared history of the Transatlantic Slave Trade and slavery. 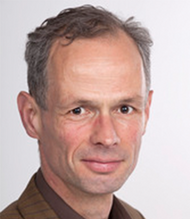