Language Making: Social conceptions of languages and their boundaries

The aim of this project is the development of a theoretical sociolinguistic framework called Language Making. This term is to encompass all processes in which languages are conceptionalised – both within a linguistic community and from outside – as entities with labels, connected to structural and social norms which mirror hierarchies. Ultimately, the effects of Language Making are the emergence and transformation of limits or borders surrounding individual languages. The framework allows for a unified description of settings which so far have been analysed separately: ‘traditional’ and ‘new’ minority languages, pluricentric languages, multiethnolects and youth languages, linguistic processes in (post)colonial societies etc. Language attitudes and ideologies are among the key factors at play in Language Making. 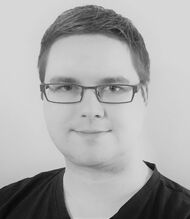