What sacrifices are we ready to make in the name of peace? For instance, should peacemakers support local ceasefires in Syria to save thousands of lives in the short term, even if this might shift the battlefield to new places, producing many more victims in the long run? Should they bring radical religious leaders together who may agree to peace, but at the cost of gender equality? Should peacemakers engage with “terrorists” because they have the power to stop the violence, even if this indirectly endorses their violent tactics? Torn between two imperatives, which seem to be mutually exclusive, peacemakers often face tough choices between multiple options that – even with the best of intentions – all risk doing harm. Yet, despite the enormous responsibilities carried by mediators and the harm potentially caused by their decisions, the dilemmas they face receive scant attention in the academic and policy literature.

This interdisciplinary research project aims to improve the way practitioners make decisions in such dilemma situations by developing a ´Tough Choices Framework` for analyzing and guiding those decisions.

The “B/Orders in Motion” heuristic is crucial for conceptualizing the blurred and dynamically shifting, but often highly contested boundaries of what is not acceptable (´red lines`) when making trade-offs in order to solve a dilemma.

The participating institutions – the Center for Peace Mediation (CPM) at European University Viadrina, the Center for Security Studies at ETH Zurich, the National University of the Kiev-Mohyla Academy in Ukraine and swisspeace – are currently carrying out empirical case studies in contexts as diverse as Columbia, Zimbabwe and Ukraine.

The joint research foci are: 1) the dilemmas themselves; 2) the way peacemakers attempt to deal with these dilemmas; 3) the normative, technical and political reference systems that peacemakers rely on when making dilemma decisions; and 4) the decisions made and their effects as seen from the perspectives of parties, other affected actors and peacemakers.

The ´Tough Choices Framework` is developed in close cooperation with practitioners, policy makers and other scholars based on a tailor-made Action Research Approach. The entire research process, from the initial testing of assumptions to the dissemination of outputs, is designed as a continuous feedback spiral with these actors, institutionalized in a Sounding Board. This approach grounds the research on experiential knowledge, ensures the relevance, validity and usability of outputs and enables it to close the gap between the rich experiential and theoretical knowledge and poor decision-making in the field. 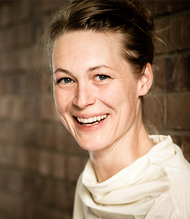