Language and the Emergence of Transnational Social Spaces

This project is interested in the language practices of non-national, non-ethnic social formations that come into being on grounds of digital interaction as well as locally grounded practice. While major social formations such as nation, class and gender continue to be crucial in understanding language use of individuals, we can observe the emergence of communities that are based on practices of, for example, media consumption, popular music culture, sports or gaming. Such ‘communities of knowledge’ often makes use of English and criss-cross traditional ideas of language and belonging, implying that concepts of linguistic appropriateness may become reconfigured in often Anglophone but multilingual and transnational interaction. The project focuses on a particular community of consumption that has come into being on grounds of the production, distribution and sale of coffee. Third Wave Coffee Culture is a global urban phenomenon in capitalist culture in which elitist ideologies related to the consumption of a luxury product clash with discourses on egalitarianism, support of marginalized populations in the countries of coffee production and ecological ideals. The dominance of symbolic but also interactional uses of English as an index of new forms of community formation and social hierarchy is the particular interest of this study, methodologically realized on grounds of observational and interview data in Berlin’s localization of Third Wave Coffee Culture. 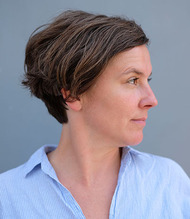