The German National District (or Nemetsky National District) in the Altai region was founded in 1927 and dissolved in 1938. It is located in the Siberian Kulunda Steppe of Russia. At the beginning of the 20th century, the 22,000 Russian Germans living there represented more than 80 percent of the population. Since their emigration in 1990, this figure has dropped to just under 25 percent. The proportion of those that speak the German language or one of the dialects (Catholic, Lutheran or Mennonite) is probably much lower. In addition, the German language is no longer or only rarely passed on to the current generation. The weak communicative network leads to unstoppable processes of language decay which are focussed on in the present PhD project. In the course of the current language switch from German to Russian, phenomena of language mixtures, such as borrowing or code switching, are noticeably increasing. At the same time, one can see typological developments similar to those that can be observed in German speaking territories within Europe. They only differ in speed, i.e. they are going much faster in the German speech island as well as speech islands in general. It can be assumed that the dominant environmental language has no direct effect on the German language, but indirectly influences the speed of language change in the sense of simplifying language structures. Modernization and mobility pressures have a weakening effect on the loyalty of speech norms, which until a few years ago were still in place. Within the framework of the project, different transgressions of borders and levels are to be investigated, which can be found above all in the area of ​​the partially contact-induced change of morphosyntactic structures of the two Upper German varieties. 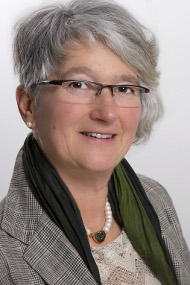