From Empire to Republic: “Study in Germany” as a Tool of Modernization in Turkey and China (1871-1929)

Many observers in the Ottoman and in the wider Asian world perceived Prussia’s victory over France and the creation of the German nation state in 1871 as a turn in world history: A latecomer in industrialization and nation-building vanquished his western adversary, who, in previous decades, had humiliated the Muslim people, China, and other nations in Asia. When in 1905 Japan defeated her western adversary, Russia, this seemed to confirm the turn. Japan had been lagging behind even more, but swift adoption of Prussian military organization and technology had helped her to become a leading power in the Asian Pacific region. Germany and Japan thus became models for other latecomers, namely for the Chinese and the Ottoman Empire. Germany was a paragon not only because of quick military and industrial modernization, but also because of the anti-western “Zivilisationskritik” and the emphasis on “deutsche Kultur”, widespread among German intellectuals and  culminating 1914-18. Japanese modernizers, Young Ottomans and Young Turks, Chinese reformers (and slavophiles, in particular in Russia) were fully aware of this. Many of them therefore did not consider Germany as part of the “West”, but as a potential ally in Eurasia.

This research will scrutinize the students who came from these two empires and from the subsequent republics to German universities. This group comprises more than 500 with a Chinese and more than 520 with an Ottoman or Turkish background. Despite the significance of intellectual transfer between these Eurasian partners, no triangular study on the relations between the Wilhelmine, the Ottoman and the Qing  Empire (and the three succeeding republics) has ever been carried out. This study covers the decades of the Kaiserreich and the 1920s, when the Chinese and the Weimar Republic were still fairly stable, and when sending Turkish and Chinese students abroad even intensified. The decades from the 1870s to the 1920s are also the period when the reputation of German higher education was leading worldwide.

This comparison of two non-European empires will reduce the Eurocentric bias in the field of empire studies. It will also contribute to a more recent approach to 19th -c. German history, placing it in a global perspective. It will help to better understand cultural transfers among empires and nations in the 19th and 20th c. and their effects on the education policy of both empires, then trickling down into society at large.With geopolitical arrangements becoming ever more fluid since the end of the Cold War, and with the economic rise of China (and even of Turkey, to some extent), a  better understanding of the historical role of both countries and their modernization is necessary. This will help to understand their current economic and political agendas. 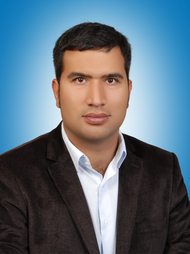