Bare life and the EU border regime. A cultural sociological inquiry into the construction of subjectivity, othering and the displacement of violence at the EU borders

The project examines the discourses, policies and practices involved in EU border surveillance and control, and in the undocumented border crossings into the Schengen area. It focuses on the definitions and values at stake at the European border regime, taking as a point of departure and historical framework the establishment and activities of the EU border agency Frontex. The aim is to understand what underlying assumptions and values inform the discourses and practices of border making and to inquire about the production of subjectivities in this context. While focusing on the very materiality of border crossings and the practices of border surveillance and control, the aim is to interpret them from a cultural sociological perspective in terms of meanings and subjectivities: Who is crossing the European borders and how? What knowledges, technologies and discourses are being mobilized? What constructions of alterity and what thresholds in the definition of the human are being constructed and contested? In a multi-sited field research I have collected empirical material on three specific scenarios respectively at sea (Greek-Turkish sea border), land (Melilla-Morocco border) and air (use of biometric controls at EU borders on international airports).

Although the research object is related to the highly topical questions of migration and asylum, it is not located mainly or only in the frame of the migration or borders research, but aimed at understanding contemporary European societies and cultures by taking the empirical findings at the EU borders as object of analysis. In other words: what does the observation of the EU borders reveal about Europe today? Accordingly, it does not focus only on how migrants or asylum seekers cross borders, but observes also how EU citizens or other so called bona fide travelers enter or exit the EU. 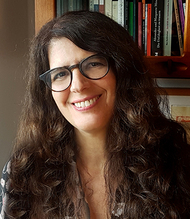